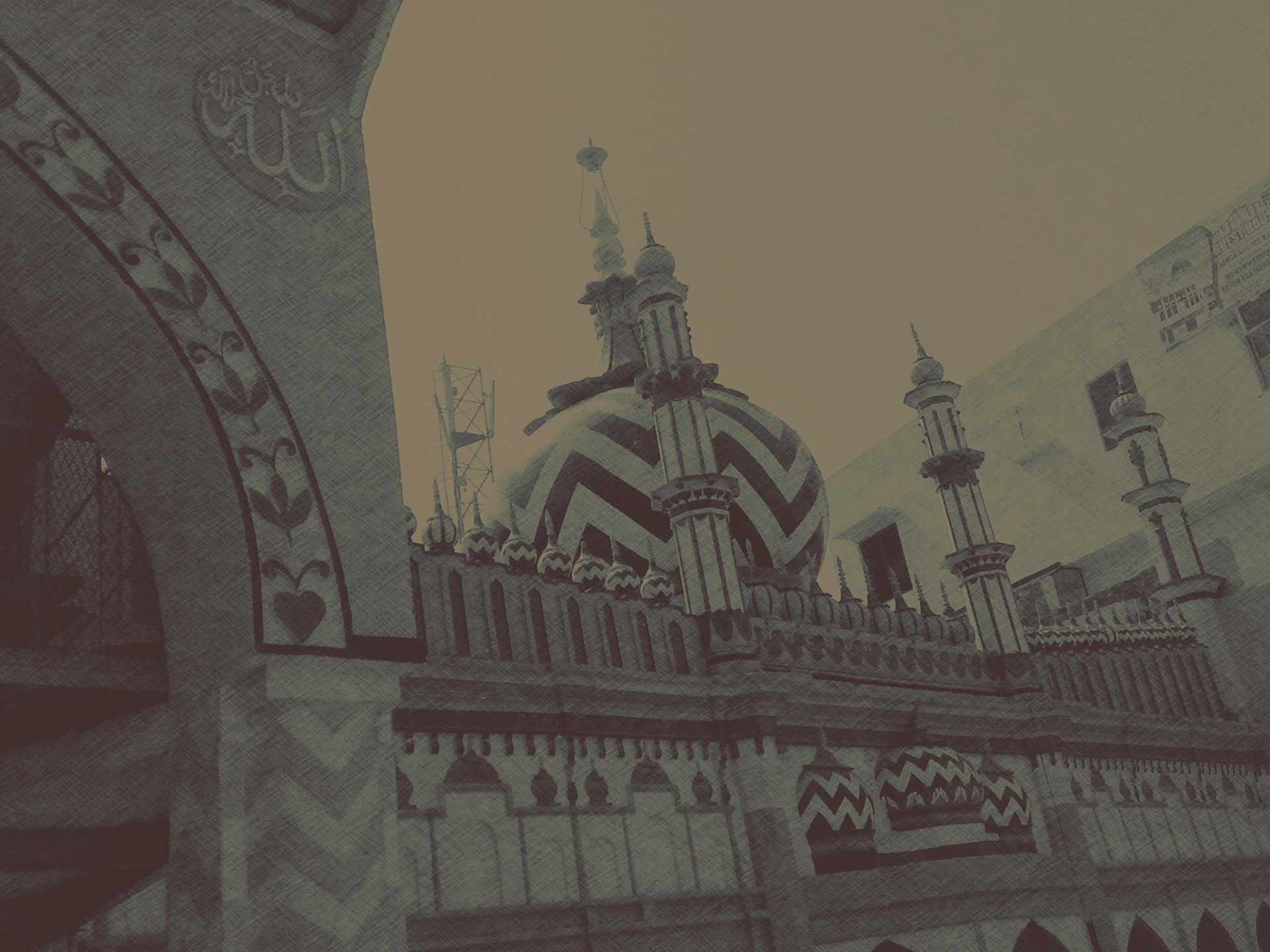 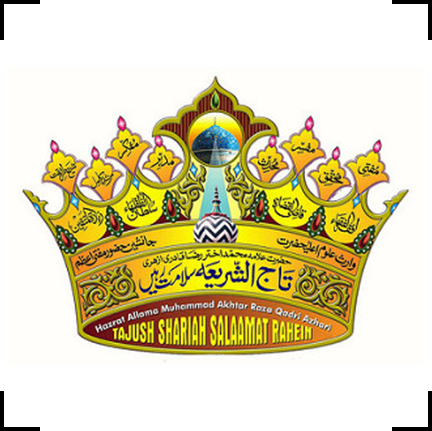 1) The late Muhadith of Makkah, Sayyid Muhammad Alawi al-Maliki (may Allah have mercy on him) travelled to Bareilly in April 2004 during Rabi al-Awwal. They engaged in a number of scholarly discussions with Shaykh Akhtar and in his talk addressed Shaykh Akhtar with the title “al-Mufti al-A’zam bil-alam”. When he studied the Shaykh’s Arabic Hashiya on Sahih al-Bukhari titled “Namudhaj Hashiyat al-Azhari” he regarded the Shaykh as “Muhadith Hanafi” before those that were present.

2) Sayyid Muhammad Umar ibn Saleem al-Mahdi al-Dabbagh of Baghdad was appointed as the Head of Arabic literature at Jamiat al-Ridha in Bareilly in 2007. He showed immense love for the Shaykh and wrote a qasidah in his praise which he publicly recited on the Imam Ahmad Raza Conference in Bareilly on the 24th Safar, 2007.

3) The Mufti of Damascus, Shaykh Abdul Fattah Bizm visited Mufti Akhtar Raza at his residence twice during the last Haj season (2009) in Jeddah and in Madinah Tayyibah. I personally witnessed the amount of love these Shuyukh had for one another on both occasions. In his talk in Jeddah, Mufti Abdul Fattah expressed his feelings about the Shaykh and spoke of his previous meetings with him in Syria and Bareilly. He said,

“When the Shaykh came to Damascus the first time round, I heard about him and wanted to visit him. Some people prevented me but I went to meet him and at the first sight Allah made me realise that he is from the people of Allah (ahlullah)”.

He then added, speaking of a miracle he experienced, that when the Shaykh invited him to Bareilly he was in two minds about travelling even to the moment of submitting his passport. For some reason, the visa was not issued. Upon collecting the passport, he mentioned that Shaykh Akhtar rang him and said, “If you make a firm intention, Allah will make the means easy”. Mufti Abdul Fattah said, “This struck my heart and I came to realise that the Shaykh is aware of the state of my heart”. Thereafter, I made a firm intention and re-submitted my passport and received the visa”.

He also said, “When I travelled to Bareilly and saw the thousands of people that are attached to Shaykh Akhtar, it brought joy to my heart that the people of India are still connected with their shuyukh and illustrate immense love and respect for them”.

Bareilly, as all of us know, has a massive Sunni following in and around the world.

Mufti Akhtar Raza Khan has been the Shaykh of the silsilah and head Mufti there for many years. The claim that he is not known among India’s people is clearly a lie intended to discredit the Shaykh. A 700 page book has been compiled on the life, works and activities of the Shaykh titled “Tajalliyaat Taaj al-Shariah” containing the comments, letters, articles of hundreds of ulama from around the world to the Shaykh and their views about him. Majority of these articles, letters, qasa’id are in Urdu by scholars of India and Pakistan. It includes articles on the Shaykh’s travels within India and meetings with its people that shatter the false notion.

Mufti Abdul Fattah Bizm has witnessed the annual urs event at Bareilly in the month of Safar whose remarks I presented above. The Manhaj of Mufti Akhtar Raza Khan in Love and Hate. It would be not be a hyperbolic comment if I were to assert that Mufti Akhtar Raza is an embodiment of the Hadith “Love for the sake of Allah and Hate for the sake Allah”. He loves the awliya of the entire world and hates the enemies of Allah and His Messenger (upon him peace and blessings). He does not unite with those who “offend” Allah and His Messenger with comments that are by nature “repulsive”, “repugnant”, “below the standards of scholarly discourse”, “indefensible breaches of proper respect” and thus “unacceptable to Muslims around the world” and neither does he have compassion for those who shamelessly destroy the graves of the companions and Ahlul Bayt, demolish Muslim sites and heritage whilst preserving Jewish landmarks and relics of their Kings in their museums, and speak with minimal respect about the Noble Habib (may Allah bless him and give him peace), his companions, kin, and the majority of the Ummah whom they consider misguided. He has no love for those who consider it permissible to shout out Shirk and kufr slogans to those who recite the Burdah and Dalai’il.

He has written and spoken against such people and their beliefs as this is the duty (wajib dini) of every upright scholar from Ahlus-Sunnah wa al-Jama’ah, and is not a hobby as some may assert, to warn people from wavering and falling into the trap of the Shaytan. As for the claim that the Shaykh makes takfir of everyone other than himself and those affiliated with him is another exaggeration, rather, a lie that stems from animosity. The Shaykh has replied to this accusation in Arabic in his “Mira’at al-Najdiyyah” published by the name “Haqiqat al-Barelwiyyah”, which is the reply to Qadhi Atiyyah’s endorsement to Ihsan Ali Zahir’s “al-Barelwiyyah” (Published in Egypt by Dar al-Muqattam, 2009) asking him to produce a single nas of our ulama in which they have made takfir of Ibn Taymiyya, Ibn Abdul Wahhab and their followers. Rather, it is these people who make takfir and tadlil of the entire ummah. This accusation is the popular one found in “Nuzhat al-Khawatir” and “al-Barelwiyyah” about Barelwis and is false.